While AMD hasn't said anything yet in its official communication about a Ryzen HEDT platform, we've had several leaks this month that claim AMD is working on a 16-core multi-chip-module (MCM) CPU that consists of two Ryzen 7 dies.

According to these leaks, the upcoming HEDT platform from AMD will feature quad-channel DDR4 and more PCIe lanes than what's offered by the current Ryzen platform. It's meant to compete with the Intel HEDT lineup and will use a different socket than the regular Ryzen CPUs.

The chip is a second-generation B-stepping engineering sample, it has a base frequency of 2.7GHz, a 3.2GHz Turbo, 12x 512KB L2 cache and 8x 8MB L3 cache. Also worth mentioning is the benchmark listing reveals the chip is housed in the Alienware Area-51 R3 gaming PC. 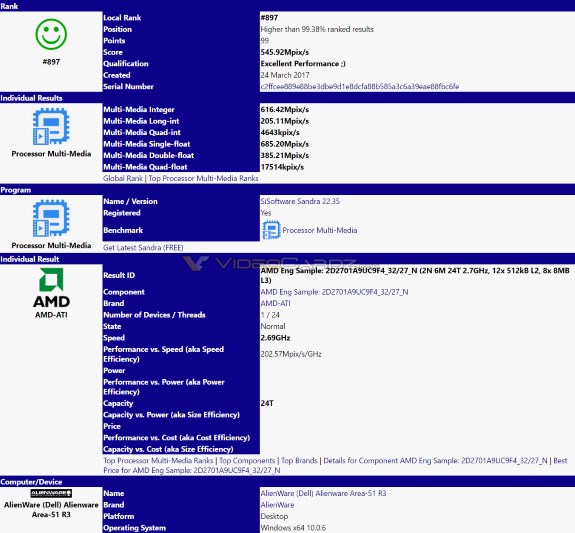