Last week Intel revealed it will ship new "mix and match" processor designs that can feature components that are made on different process technology. Basically, you can have one processor with a 10nm CPU as well as other chips made on a 14nm or 22nm node. This new type of multi-chip-module will differ from existing designs because it uses the Intel's EMIB (Embedded Multi-die Interconnect Bridge).

Now there are some rumors about the Kaby Lake-G series, which is believed to be a BGA processor that could include a graphics chip made using AMD's intellectual property. As you may know, the deal Intel had with NVIDIA expired last month and the rumor mill claims the chip giant closed a deal with AMD. There's a lot of speculation here as AMD nor Intel have confirmed a deal, and we also don't know if this is just an agreement to cover patent litigation issues or a deeper collaboration to put Radeon technology inside Intel CPUs.

For now, rumors peg these Kaby Lake-G as special BGA processors based on Kaby Lake, with an additional discrete GPU on the package. The TDP of these processors (at 65 W and 100 W) is well above the Kaby Lake-H's known 45 Watts. Which begs the question: what exactly is under the hood? This, including Intel's modular approach to chip design for which it developed its EMIB technology, could probably account for the AMD graphic's chip TDP - a discrete-level GPU which would be integrated on-die, EMIB's routing layers handling the data exchange between GPU and processor. This is where HBM 2 memory integration would also come in, naturally - a way to keep a considerable amount of high-speed memory inside the package, accessible by the silicon slices that would need to. Nothing in the leaked information seems to point towards this HBM 2 integration, however.

More details can be read at TechPowerUp. 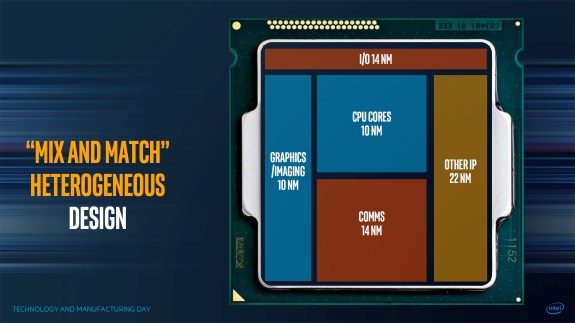