If the ASRock data is correct, this chip will have a 3.1GHz frequency, 2MB cache, and a 65W TDP. It's unknown whether the Ryzen 3 series will support SMT and XFR. 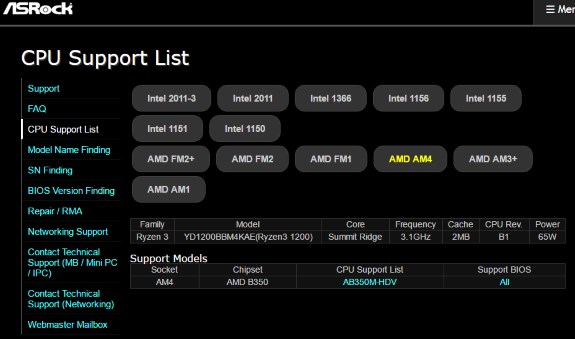