Spanish tech site El Chapuzas Informático delivers one of the first written reviews of the AMD Ryzen 5 1600 processor. As we reported last month, several shops across the world are already selling Ryzen 5 series processors ahead of the official April 11 launch date so sites that haven't signed an NDA with AMD are free to publish reviews if they can get their hands on a sample. 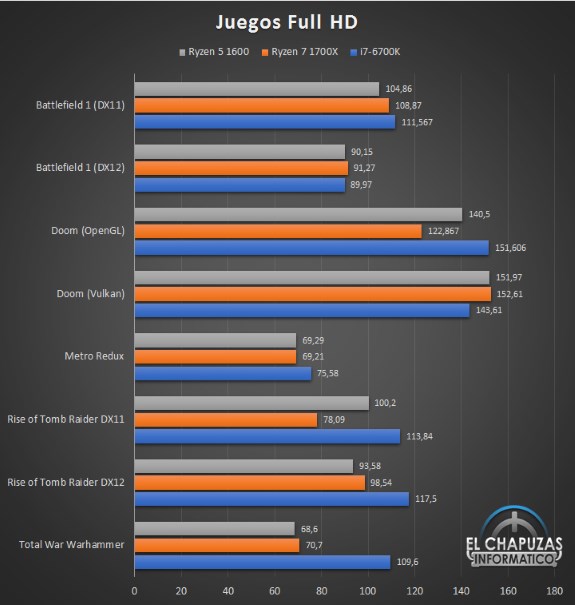 You can check out the full review over here but it's in Spanish so you may need Google Translate if you want to read the actual text instead of just browse the charts. The site tested a lot of synthetic benchmarks and provides 1080p and 4K gaming results.