VideoCardz got its hands on the launch driver of the AMD Radeon RX 500 series and discovered the Radeon RX 570 and RX 580 cards indeed use the Polaris 20 GPU. Based on earlier rumors, this is basically a rebranded Polaris 10.

The driver also reveals the Radeon RX 550 will use the "Lexa Pro" GPU. Oddly enough, this is almost the same as "Lexapro", an antidepressant drug. There's no sign of the Radeon RX 560 on the list, nor anything about Vega. 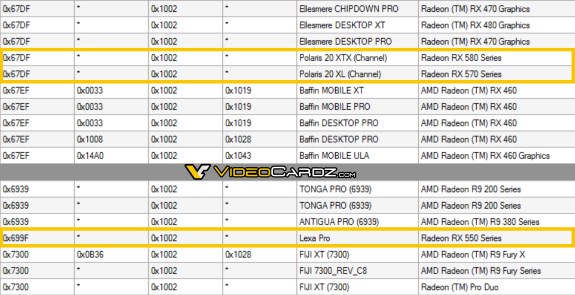