Posted on Wednesday, April 12 2017 @ 11:30 CEST by Thomas De Maesschalck
The Facebook account of PowerColor Philippines reveals the company will announce its new Red Devil video card on April 18th. This card is based on the AMD Radeon RX 580 so it's reasonable to assume this will be the official launch date of AMD's Radeon RX 500 series, especially as earlier rumors already talked about an April 18 launch. Overall these cards are basically rebranded Radeon RX 400 models, expect some incremental improvements but nothing earth shocking. 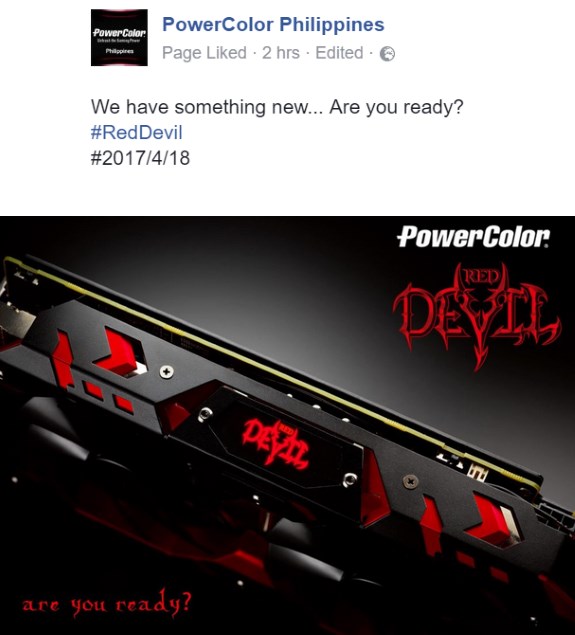