The demand for this sort of video cards has diminished significantly over the years but NVIDIA is still rolling out a new low-end card called the GeForce GT 1030. This is the sort of card that is a lot faster than integrated graphics, but still way too weak to play modern video games at decent quality settings.

As seen on the photo below, the reference design is a relatively simple card with a small footprint and a tiny cooler. It will probably also ship in low-profile and fan-less designs. 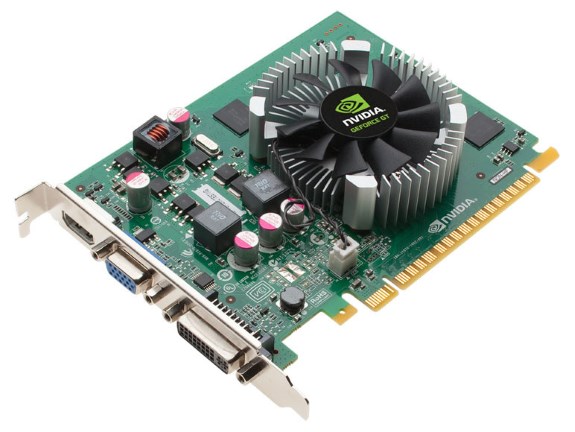 On a related note, we also hear AMD has rolled out a Radeon RX 540 for the laptop market. This is an OEM exclusive GPU with 512 stream processors. It may be based on the same Polaris 12 GPU as the Radeon RX 550, but with a slightly higher core clockspeed and lower clocked GDDR5 memory.