At its Financial Analyst Day, AMD showed off its Radeon Vega Frontier Edition. Just like NVIDIA, AMD is targeting the lucrative machine learning market first with its Vega lineup. This card ships towards the end of June and at the moment it's unclear when AMD will launch the first Radeon RX Vega cards for gamers.

The Radeon Vega Frontier Edition graphics card is going to empower the pioneers creating the next generation of gaming experiences, but it does beg one question: Can you game on a Radeon Vega Frontier Edition? The answer is yes, absolutely. But because this graphics card is optimized for professional use cases (and priced accordingly), if gaming is your primary reason for buying a GPU, I’d suggest waiting just a little while longer for the lower-priced, gaming-optimized Radeon RX Vega graphics card. You’ll be glad you did. 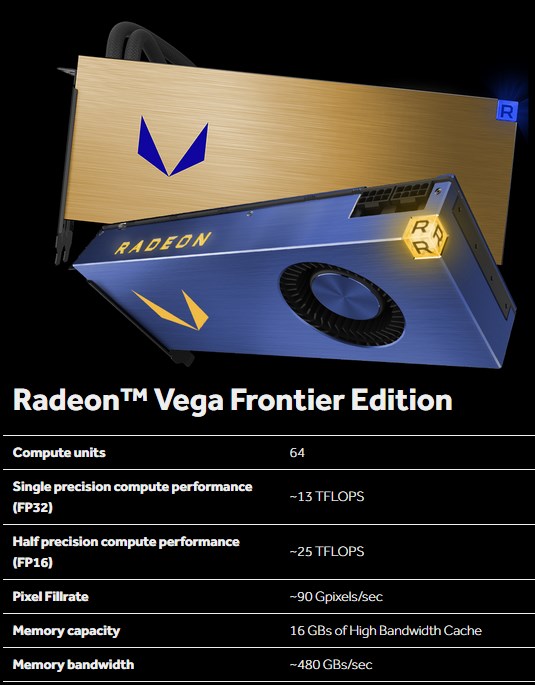