Posted on Tuesday, May 30 2017 @ 15:58 CEST by Thomas De Maesschalck
Crucial's Ballistix unit announces it's working on Tactical Tracer DDR4 memory modules with fancy RGB LEDs. These new modules are expected to ship in Q3 2017 and will probably have similar specifications as the non-RGB versions:

Since these share the same brains as the non-RGB tactical modules the company already distributes, one can expect timings (CAS latencies of 15 and 16), speeds and voltages (starting at 1.20V) to be in-line with previous offerings. These include the usual tactical Tracer specs, including XMP profiles, a black PCB, and customizable heat spreaders. The RGB lighting allows users to tailor the look of their memory according to their chosen rig color scheme, while offering at-a-glance temperature control (blue is cool, red is not.) All RGB features are controlled through yet another RGB controller software: in this case, the Ballistix M.O.D. (Memory Overview Display) software.

Another interesting feature is that Ballistix is offering a removable module for the heatspreader that can be customized via a 3D printer. 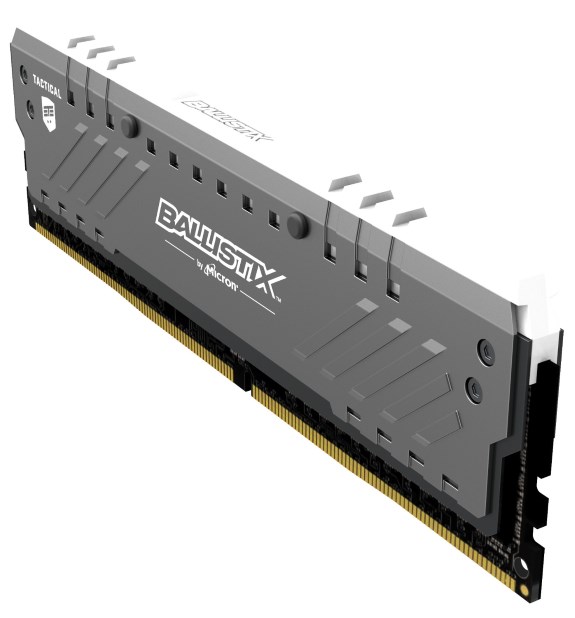