AMD kicked off its brief "Radeon on the Road" tour by showing off its Radeon RX Vega video card at Akvárium Klub in Budapest, Hungary. The Budapest event was really low key and centered around two gaming PCs, one Ryzen 7 based system with the Radeon RX Vega and another system with NVIDIA's GeForce GTX 1080.

The RX Vega system used a FreeSync display while the NVIDIA configuration featured a G-SYNC monitor. The event was co-sponsored by ASUS so probably the displays were provided by ASUS. The surprising thing is that AMD refused to say which of the two systems contained the Vega GPU.

AMD covered up the monitor model numbers with a cloth and even disabled right clicking in Windows to make it a complete blind test. Each gamer was given about two minutes of gameplay time with three AMD people looking over them to ensure they didn't do anything "wrong".

Gamers were given the chance to try Battlefield 1 (or Sniper Elite 4) in 4K on both systems. There were no FPS counters but after his brief hands-on experience Reddit poster szunyogg speculates both systems were close in terms of performance. Other messages indicate one system (the left one) sometimes ran noticeable smoother than the other. But there's conflicting information out there about whether the left system is Vega or GTX 1080 based.

As TechPowerUp points out, all this smoke and mirrors suggests AMD is not very confident in the product. Another interesting tidbit reported by the site is that AMD reps suggested the Vega-based system was $300 cheaper than the GTX 1080 based system. We do not know the exact configuration of both systems but assuming the G-SYNC screen costs about $200 more than the FreeSync screen, this suggests RX Vega may be about $100 cheaper than the GeForce GTX 1080. 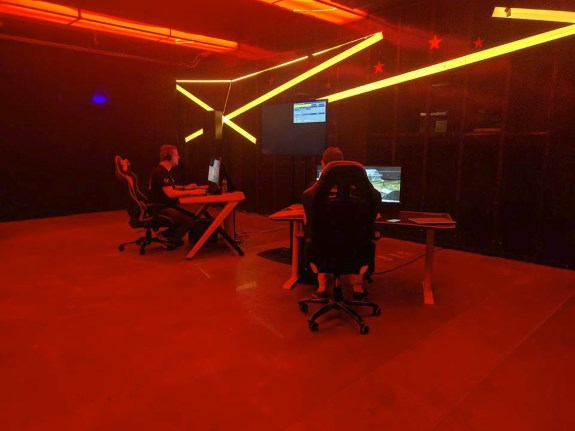 Before the official product launch at SIGGRAPH at the end of the month, AMD has one more Radeon RX Vega event lined up at PDXLAN in Portland, USA from July 21 to 23. We do not know whether AMD plans to reveal more info at PDXLAN or will do a repeat of this Budapest event.