The SKUs in the changelog were provided by Intel themselves. It doesn't indicate these processors will hit the market soon, but it's firm evidence that the chip giant is working on these parts.

In fact, changelog even lists Core i9-8950HK processor, which may be the Intel’s flagship mobile processor. 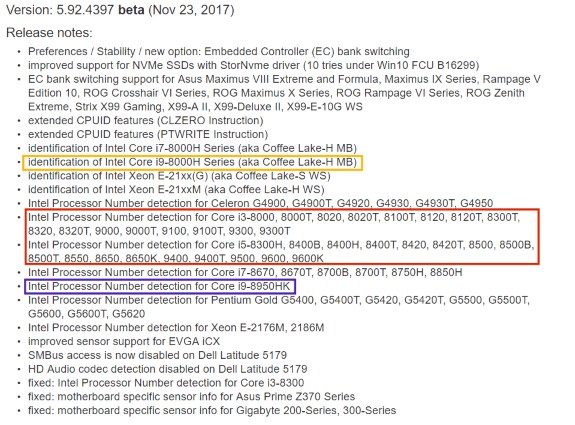