Posted on Tuesday, Feb 06 2018 @ 13:56 CET by Thomas De Maesschalck
Vanadium is one of those metals you rarely hear about. I read the name sometimes on steel tools but other than that it rarely pops up. Perhaps that could change one day as researchers at the École polytechnique fédérale de Lausanne (EPFL) in Switzerland discovered that vanadium dioxide (VO2) has interesting properties for special kinds of electronics chips.

VO2 is very interesting to scientists as it behaves as an insulator at room temperature but as a conductor at temperatures above 68°C. The insulator-conductor change occurs because at that temperature the material changes from a crystalline atomic structure to a metallic one. Such a property change is called a ‘metal-insulator transition’, or MIT for short. The phase change in VO2 takes less than a nanosecond – an attractive property for electronics.

The EPFL blog explains that the MIT occurs at a temperature too low to be useful in electronics. However, EPFL researchers have managed to get the MIT to trigger at temperatures above 100°C by adding germanium to VO2. 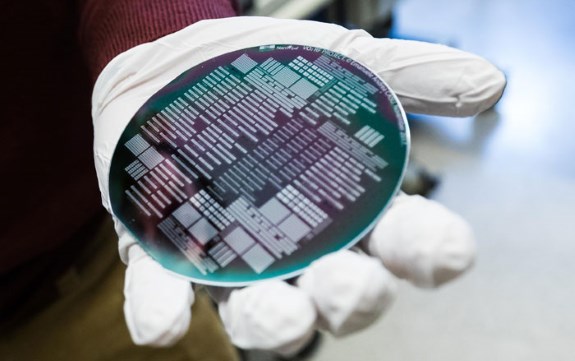