Posted on Monday, Feb 26 2018 @ 12:01 CET by Thomas De Maesschalck
A lot of tech enthusiasts cover their laptop's webcam with a piece of tape as you never know who might be watching. It's a big security risk so Huawei decided to tackle this issue with its new MateBook X Pro, an improved version of last year's MateBook X.

This is an interesting new ultra-thin laptop with a screen that takes up 91 percent of the front. The power button doubles as a fingerprint reader and the concealed webcam is a feature we've never seen before. It kinda looks like the pop-up headlights that were popular among some car brands until the 1990s.

Rather than in the front bezel, the hidden webcam is located in the keyboard:

One of the features Huawei talked up is a camera concealed in the keyboard. A user has to press the camera button on the keyboard and then it pops up. At a briefing ahead of the launch in London, Huawei executives explained that it was because many people are worried about privacy. 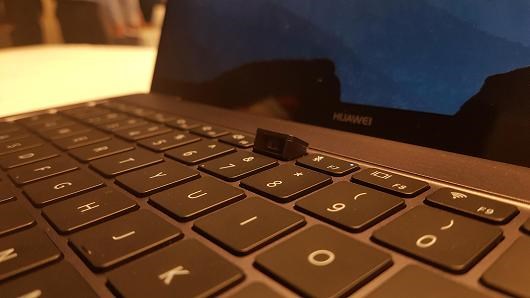