NASA finds water is widespread on the Moon

Posted on Tuesday, Feb 27 2018 @ 13:01 CET by Thomas De Maesschalck
New research from NASA claims that water is widespread on the surface of the Moon. Previously, it was believed that water was concentrated on the poles, but new findings suggest the moon's water is not confined to a particular region or type of terrain. The report also indicates the water is always present, but the bad news is that it's not easily accessible.

The water may be create by solar wind hitting the lunar surface, or it could be released from deep inside minerals where it has been locked since the Moon's formation. Either way, this doesn't change the fact that the Moon is drier than the driest desert. Previous studies pointed to trace amounts of lunar water in the range of maximum 1000 parts per million.

Sorting out what happens on the Moon could also help researchers understand the sources of water and its long-term storage on other rocky bodies throughout the solar system.

The researchers are still discussing what the findings tell them about the source of the Moon’s water. The results point toward OH and/or H2O being created by the solar wind hitting the lunar surface, though the team didn’t rule out that OH and/or H2O could come from the Moon itself, slowly released from deep inside minerals where it has been locked since the Moon was formed.

“Some of these scientific problems are very, very difficult, and it’s only by drawing on multiple resources from different missions that are we able to hone in on an answer,” said LRO project scientist John Keller of NASA’s Goddard Space Flight Center in Greenbelt, Maryland. 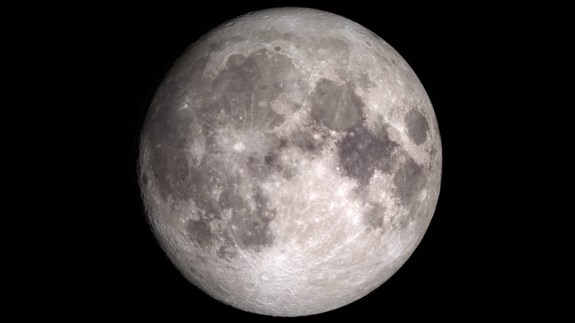