The H370 AORUS Gaming 3 has two PCIe x16 slots, four PCIe x1 slots, and two M.2 slots. Unlike what the photos depict, it appears the motherboard's PCB is not black but a very dark shade of brown. One M.2 slot is covered by a headspreader and the southbridge, memory slots, audio chipset, and I/O are all equipped with RGB LED lighting (which can be deactivated).

WiFi is provided by an onboard module, which is connected to a Mini PCIe slot that is located under the secondary PCIe x16 slot. 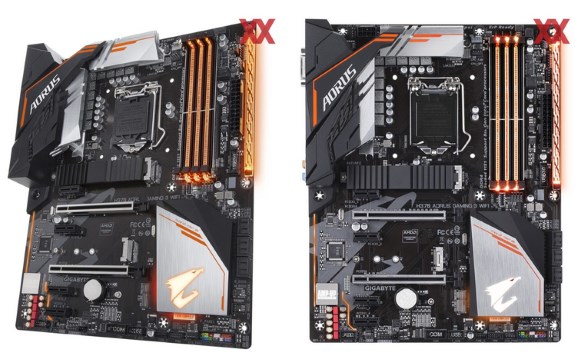