More semiconductor fabs are closing down

Earlier this month, market research firm IC Insights reported that chip makers worldwide have closed or repurposed 92 wafer fabs, 90 percent of which utilized 200mm or smaller wafers. Of the 92 fabs closed, 41 percent were 150mm fabs and 26 percent were 200mm fabs, according to the firm's Global Wafer Capacity report. 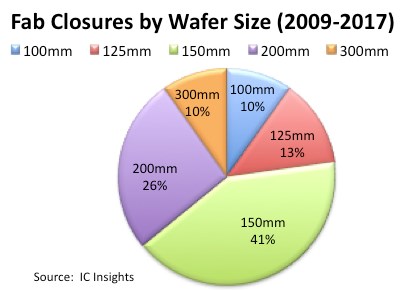