Posted on Tuesday, May 01 2018 @ 10:36 CEST by Thomas De Maesschalck
Intel's Optane SSD 905P is showing up online. This new variant is offered in U.2 and PCIe x4 slot versions, and may soon also see a M.2 edition. The add-in card model looks the coolest, it has an aggressive design and features plasma blue LEDs under two tubular diffusers on the bottom and top of the heatsink. Tom's Hardware covers all the versions over here.

The 905P name came back up in a big way with several reliable stores listing two versions, an add-in card and a U.2 SKU in a capacity we haven't seen before in that form factor. So far we've spotted the 905P in 280GB, 480GB, and a new 960GB capacity that was not released in the initial 900P launch. We know Intel has product numbers for two new sizes, 960GB and a massive 1.5TB, thanks to two documents from Intel. 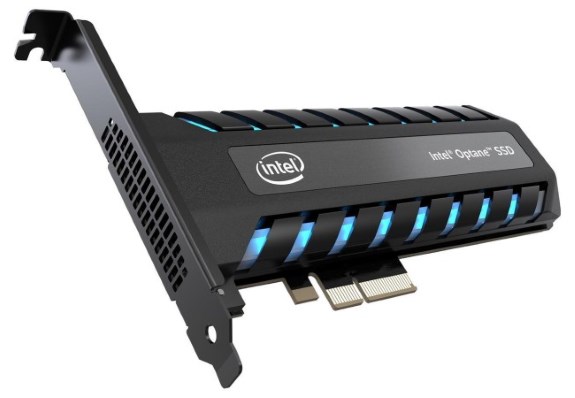