Despite the many alternatives, Notepad remains one of the most popular text editors among tech enthusiasts because it's very light-weight -- relaxing to use due to its lack of features. Unfortunately, up until now, Notepad exclusively supported text documents containing Windows End of Line (EOL) characters - Carriage Return (CR) & Line Feed (LF).

If you try to open text files created in Unix, Linux or macOS, the document looks like trash because Notepad ignores the line breaks. This makes a lot of files, like Linux code or web logs, very hard to read.

This feature will likely find its way into the regular Windows 10 release within half a year or so, with this year's Fall update. 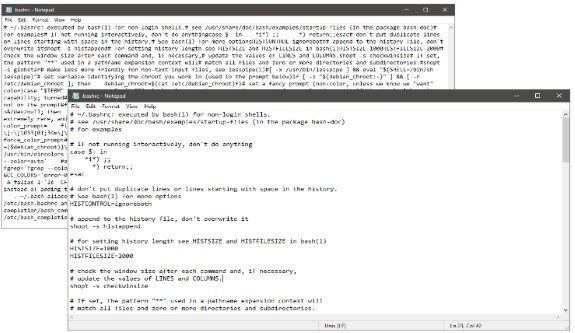