AMD confirms its future CPUs and GPUs are on track

Posted on Wednesday, May 16 2018 @ 11:19 CEST by Thomas De Maesschalck
AMD issued some slides about its CPU and GPU roadmaps. Not a whole lot of information here, but the CPU roadmap basically confirms the Zen 2 design is complete, this architecture will improve on Zen in multiple dimensions. Zen 2 will be fabbed on a 7nm process and is expected to be released next year. The roadmap also reveals that Zen 3 is on track, this 7nm+ chip is slated for the 2020 timeframe.

Next we have the GPU roadmap, which shows the 7nm Vega design is complete. Based on everything we've heard so far, 7nm Vega will be exclusively for the machine learning market. AMD currently has 7nm Radeon Instinct cards running in its labs. There's no indication that AMD is planning consumer cards. The same slide also shows 7nm Navi is on track, as well as a "Next-Gen" 7nm+ architecture for 2020. 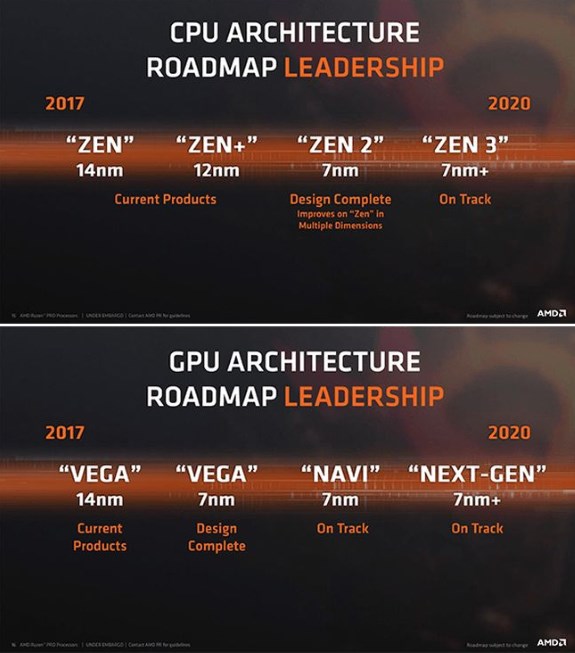