PCGamesN has some benchmark results over here. It's still early days as this is an alpha version of the game, but it appears the work AMD did on the Radeon-sponsored Battlefield 1 is still paying off with the latest version of the franchise.

In general graphics testing the GTX 1060 and RX 580 regularly trade benchmark wins, but normally only by the slightest of margins. With the Battlefield 5 closed alpha, however, there is a sizeable disparity in performance, with the RX 580 some 33% faster in our tests. That’s not the only bad news for Nvidia either, as the DirectX 12 implementation in the game does its GPUs no favours either. 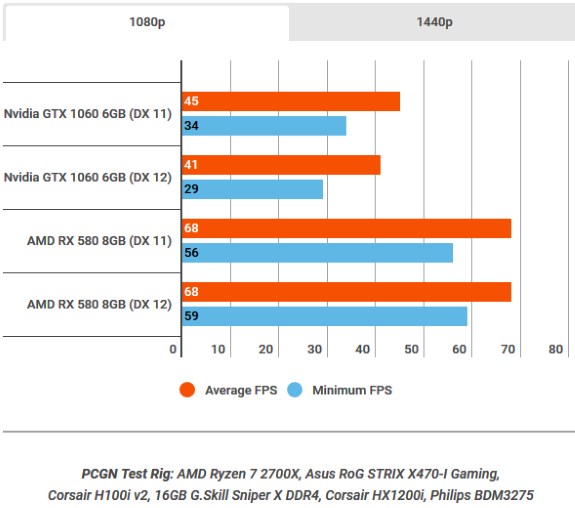