Posted on Tuesday, Aug 07 2018 @ 16:20 CEST by Thomas De Maesschalck
Razer is turning to Kickstarter to create a left-handed edition of the Naga Trinity MMO gaming mouse. A couple of weeks ago, Razer co-founder Min-Liang Tan explained on Facebook that Razer is one of the only firms in the world that makes left-handed gaming mice, but that it's hard to justify the production of these peripherals due to the low demand.

The company is still interested in making left-handed mice, but will only make the left-handed Naga Trinity if they can get 10,000 pre-orders. As I'm writing this, the Kickstarter has raised $30,990 of the $990,000 goal, with 24 more days to go. Razer says they will likely produce these $99 mice at a loss, but the company is willing to do it to support the community.

At Razer, our modus operandi is simple: we create gaming products based on what our community needs. And we do a kickass job every single time. You guys are truly the driving force behind many of the products we release—from the very early stages of research and engineering until it’s finally in your hands.

It’s also the reason why we’re the only company in the world that makes left-handed gaming mice. The left-handed edition of our flagship esports gaming mouse, the Razer DeathAdder, was a result of many fans asking for support. Over the past 6 years, we’ve shipped thousands of left-handed Naga mice—the amount we ship for right-handed mice in a day. This has caused us to significantly dial back on the production of left-handed mice due to the low demand and high costs involved.

But don’t worry, we’re not stopping now. With your help and support, we can give left-handed gamers around the world a chance to experience our most advanced Naga yet. 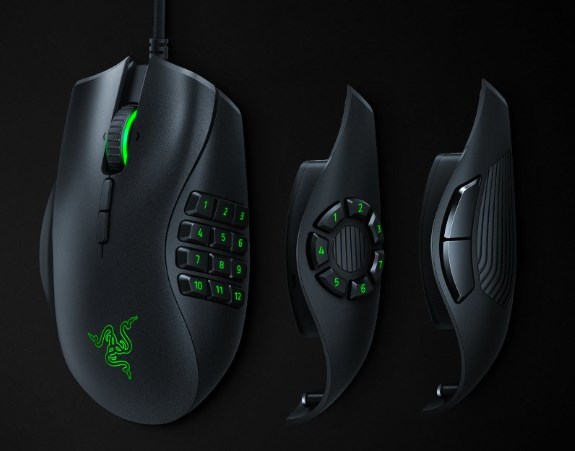