Toshiba Memory and Western Digital celebrate the opening of Fab 6 and a new Memory R&D Center at the Yokkaichi operations in Mie Prefecture, Japan. This new state-of-the-art fab focuses on the production of 96-layer 3D NAND memory, mass production began earlier this month.

Demand for 3D flash memory is growing for enterprise servers, data centers and smartphones, and is expected to continue to expand in the years ahead. Further investments to expand its production will be made in line with market trends.

The Memory R&D Center, located adjacent to Fab 6, began operations in March of this year, and will explore and promote advances in the development of 3D flash memory.

Toshiba Memory and Western Digital will continue to cultivate and extend their leadership in the memory business by actively developing initiatives aimed at strengthening competitiveness, advancing joint development of 3D flash memory, and making capital investments according to market trends.

Dr. Yasuo Naruke, President and CEO of Toshiba Memory, said, “We are excited about opportunities to expand the market for our latest generation of 3D flash memory. Fab 6 and Memory R&D Center enable us to maintain our position as a leading player in the 3D flash memory market. We are confident that our joint venture with Western Digital will allow us to continue producing leading edge memories at Yokkaichi.”

“We are pleased to be opening Fab 6 and the Memory R&D Center with our valued partner Toshiba Memory. For nearly two decades, the successful collaboration between our companies has fostered growth and innovation of NAND flash technology,” said Steve Milligan, Chief Executive Officer, Western Digital. “We are ramping production of 96-layer 3D NAND to address the full range of end market opportunities from consumer and mobile applications to cloud data centers. Fab 6 is a cutting-edge facility that will enable us to further our technology and cost leadership position in the industry.” 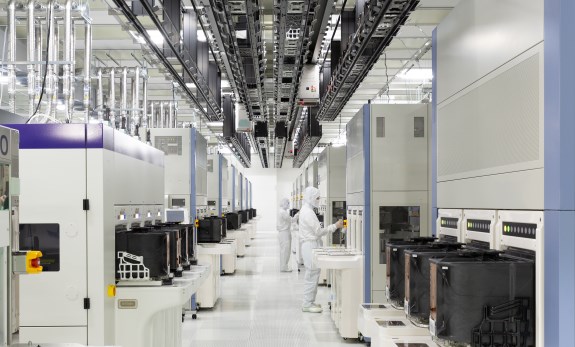