SEC charges Elon Musk with fraud, wants to remove him as CEO 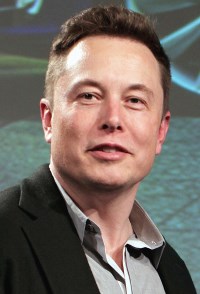 Elon Musk has been sued by the Securities and Exchange Commission for fraud. The SEC alleges that Musk tweeted false and misleading statements about a possible transaction to take Tesla private at $420.

Furthermore, the SEC alleges that Musk failed to properly notify regulators of material company events, and that he picked the $420 price to impress his girlfriend with this weed culture reference.

If found guilty, the SEC wants to bar Musk from serving as an officer or director of a publicly traded company. This means he would have to step down as CEO from Tesla.

"A chairman and CEO of a public company has important responsibilities to shareholders," Stephanie Avakian, co-director of the SEC's division of enforcement, said during the press conference. "Those responsibilities include the need to be scrupulous and careful about the truth and accuracy of statements made to the investing public, whether those statements are made in traditional forms such as a press release or an earnings call or through less formal methods such as Twitter or other social media."

"Neither celebrity status nor reputation as a technological innovator provide an exemption from the federal securities laws," she said.

More at CNBC. In a statement, Musk calls the SEC action "unjustified" and promises integrity is the most important value in his life. He adds that "the facts will show I never compromised this in any way."