Posted on Thursday, Nov 08 2018 @ 10:35 CET by Thomas De Maesschalck
Over at SDC 2018, Samsung showcased a prototype of its first phone with a foldable screen. The firm's new Infinity Flex Display technology enables the creation of compact smartphones with screens that can be folded out to a larger format. Basically, a smartphone that can be transformed into a tablet.

Overall, the demonstration was pretty lame. The device was only shown for a very brief moment, and the company even dimmed the lights on stage so the public couldn't get a good look at the phone. The device appeared to have a very thick bezel, and was much thicker than modern phones.

Not a lot of information was revealed, it's unknown when the first phones with Infinity Flex displays are supposed to hit the market. 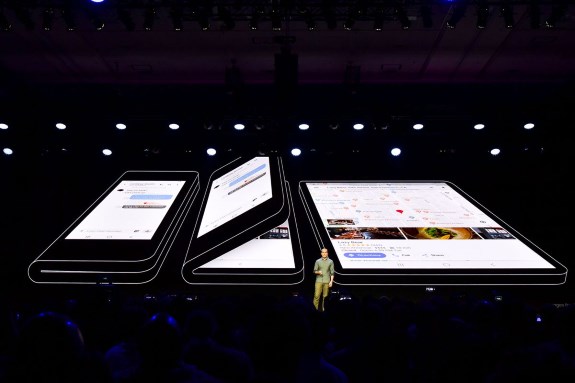 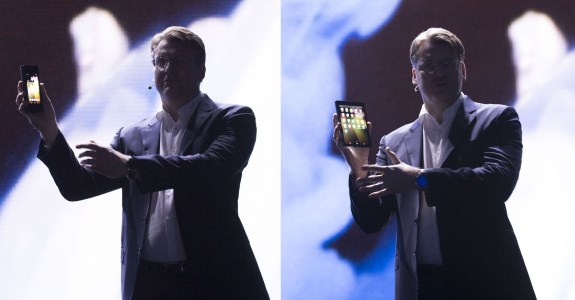