Posted on Thursday, Nov 22 2018 @ 11:59 CET by Thomas De Maesschalck
Elon Musk's SpaceX has already set quite a number of milestones and one of the next major feats will be the firm's first manned space flight. As part of the Commercial Crew Program from NASA, SpaceX will soon perform its first test flight of the Crew Dragon capsule.

On its website, NASA writes the uncrewed SpaceX Demo-1 is now scheduled for January 7, 2019. If things go as planned, a manned Demo-2 mission is expected in June 2019. Boeing's Boeing CST-100 Starliner is expected to perform an uncrewed flight in March 2019, and a crewed launch in August 2019.

If successful, this will mark the return of the US to manned spaceflight. Since the last flight of the Space Shuttle in 2011, the US lacked the capability to launch humans into space, and had to hire seats on Russian Soyuz spacecraft to take astronauts to the ISS.

The next generation of American spacecraft and rockets that will launch astronauts to the International Space Station are nearing the final stages of development and evaluation. NASA’s Commercial Crew Program will return human spaceflight launches to U.S. soil, providing safe, reliable and cost-effective access to low-Earth orbit on systems that meet our safety and mission requirements.

To meet NASA’s requirements, the commercial providers must demonstrate that their systems are ready to begin regular flights to the space station. Two of those demonstrations are uncrewed flight tests, known as Orbital Flight Test for Boeing, and Demo-1 for SpaceX. After the uncrewed flight tests, both companies will carry out spacecraft abort tests to demonstrate their crew escape capability during an actual on-pad, or ascent emergency. The final test flights for each company will be crew flight tests to the space station prior to being certified by NASA for crew rotation missions. The following target dates reflect the current schedule as of Tuesday, Nov. 20.

SpaceX also completed a pad abort test in 2015. Following the test flights, NASA will review the performance data and resolve issues as necessary to certify the systems for operational missions. Boeing, SpaceX and the Commercial Crew Program are actively working to be ready for the operational missions; however, as with all human spaceflight development, learning from each test and adjusting as necessary to reduce risk to the crew may override planning dates. 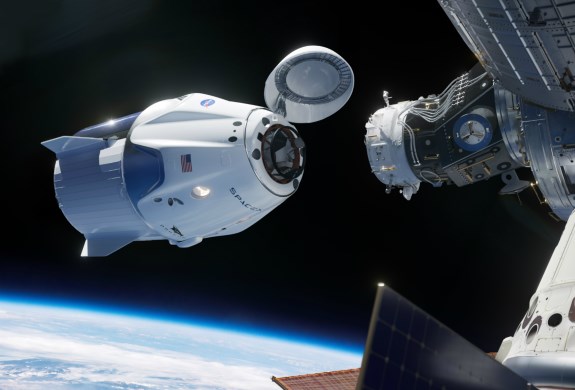