An interesting entry appeared in the Final Fantasy XV benchmark database. While this benchmark is far from the best to use, it's been the source of a number of performance leaks the past couple of months.

First up, it's interested to see the card is named NVIDIA GeForce RTX 2060. There was speculation that NVIDIA's mid-range cards would stick with GTX, as it doesn't make sense to run ray-tracing on these cards. This seems to suggest even the RTX 2060 has RT and perhaps even Tensor cores.

Performance-wise, the Final Fantasy XV benchmark puts the GeForce RTX 2060 at a level of about 30 percent faster than the GTX 1060 6GB. Or in other words, about 53 percent of the performance of the RTX 2080.

So is this an indication that we could see the GeForce RTX 2060 sooner than expected? This seems unlikely as barely a week ago, NVIDIA hinted during its third-quarter earnings call that there's still too much inventory of mid-range GeForce GPUs in the retail channel. A launch of the RTX 2060 in the coming weeks would be a total surprise, it's likely going to take another quarter or perhaps even two quarters. 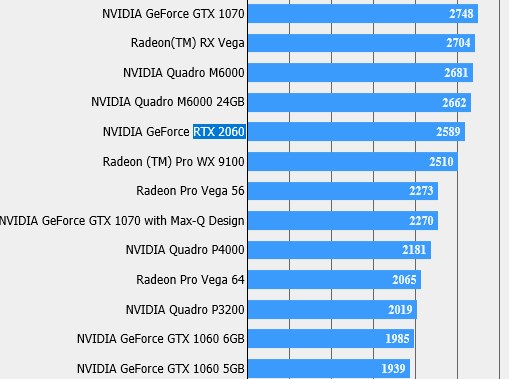