VideoCardz scores yet another exclusive, this time the site publishes the first photos of the NVIDIA GeForce RTX 2060 Founders Edition. This card will reportedly be announced at CES on January 7th and should be available in retail stores on January 15th.

The GeForce RTX 2060 FE uses the same cooler as the RTX 2070 FE, it has a single 8-pin PCIe power connector and feature a full-cover backplate. The photos reveal two DisplayPorts, one HDMI, one DVI, and one USB Type-C connector. 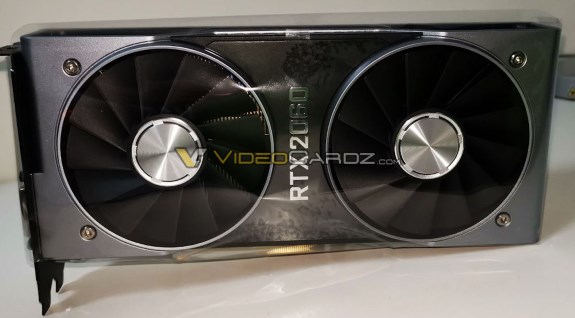