Posted on Tuesday, Apr 23 2019 @ 13:59 CEST by Thomas De Maesschalck
We already heard about some of these products earlier this month but now VideoCardz has some more details about the 50th anniversary lineup from AMD. The chip designer will launch several special editions of its high-end hardware on April 29th, this will include a 50th anniversary edition of the Radeon VII and the Ryzen 7 2700X.

The Ryzen 7 2700X 50th anniversary edition has been listed by online stores, so it seems that both the CPU and the GPU should be available through more than one participating partner.

Presumably, volumes will be rather low. 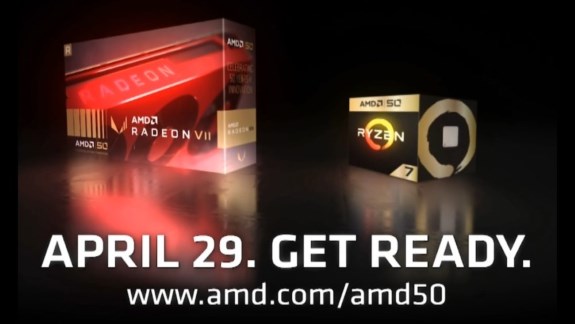