Most of this already leaked the last couple of weeks, but here's the official announcement from AMD about its new 50th Anniversary Edition products. This includes Gold Editions of the Ryzen 7 2700X processor and the Radeon VII video card, as well as the new AMD50 Game Bundle. Furthermore, there are also some deals.

“For a half century, AMD pushed the boundaries of what’s possible in high-performance computing to create new experiences and possibilities for hundreds of millions of people,” said John Taylor, chief marketing officer at AMD. “We celebrate this moment with our fans around the world who inspire us to push forward in that spirit for another fifty years to 2069 and beyond.” 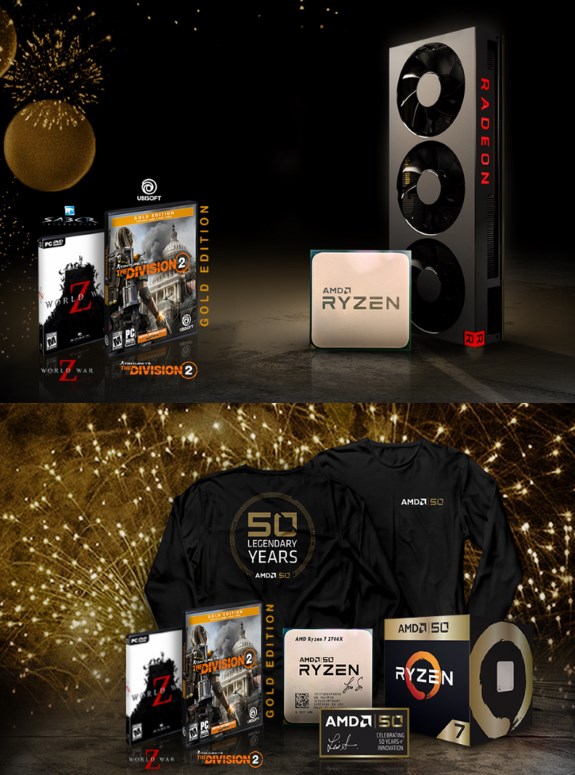