Scientists figure our way to make electricity from coldness of space

Posted on Wednesday, May 08 2019 @ 10:00 CEST by Thomas De Maesschalck
An international team of scientists figured out a way to create what is basically a reverse solar panel. The device features a diode that can generate a small, but measurable, amount of electricity by harvesting energy from the temperature difference between Earth and space.

This new type of energy device may have applications in space, where it could be used to power devices at night. However, the electricity generation potential is of course a lot lower than a solar cell. The negative illumination diode created by the researchers generates just 64 nanowatts per square meter, which is far below the 100W to 200W per square meter generates by today's solar cells.

In contrast to leveraging incoming energy as a normal solar cell would, the negative illumination effect allows electrical energy to be harvested as heat leaves a surface. Today's technology, though, does not capture energy over these negative temperature differences as efficiently.

By pointing their device toward space, whose temperature approaches mere degrees from absolute zero, the group was able to find a great enough temperature difference to generate power through an early design.

The paper, which got published in Applied Physics Letters, explains there is a lot of room for improvement. At least in theory, the negative illumination diode could generate almost 4W per square meter. 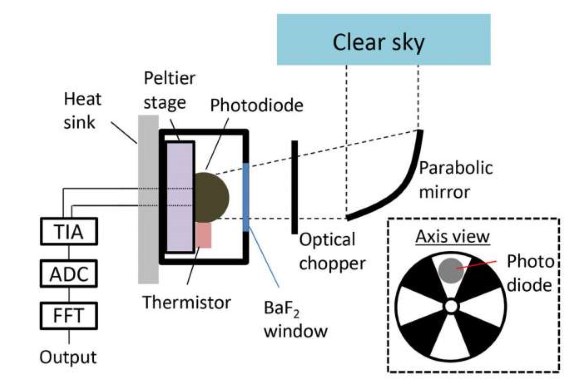