Posted on Tuesday, May 28 2019 @ 10:49 CEST by Thomas De Maesschalck
EK introduces what may be world's first wooden waterblocks. Called the EK Lignum line, this series uses walnut wood to give the exterior of the waterblock a very unique and premium touch. In the press release below, EK explains the wood is attached to the acetal tops which seal the block, so there's no contact of wood with liquid. The company offers an EK-CPU Lignum waterblock for 179.90EUR and an EK-FC RTX 2080 Ti Lignum GPU block for 349.90EUR. EK-HTC Lignum 12mm hard tube fittings are also available for 17.90EUR.

EK®, the leading premium liquid cooling gear manufacturer, announces the global launch of the new signature edition product portfolio – EK Lignum®. It is inspired by Mr. Edvard König’s love for woodwork and modern computer technologies. A perfect symbiosis of the oldest natural building material and contemporary high-end cooling solutions. An unparalleled example of how your PC can reflect your lifestyle. EK Lignum and it’s wooden opulence can bring a feeling of comfort and warmth to your home while keeping your PC cool and silent for its maximum possible performance.

The first choice was walnut (Juglans Nigra) because of the fact that it never fails to surprise with its colors and texture. The connection between the water block and the wood enables wood shrinking and expanding which is one of its most natural predispositions in response to the changes in humidity and temperature. EK Lignum products were engineered in a way so that the wood does not come into direct contact with water. Every block has a unique pattern of wood, which makes it one of a kind in the world.

EK-FC RTX 2080 Ti Lignum – Walnut is an aesthetic redesign of the EK-Vector RE block for NVIDIA® GeForce® RTX series graphics cards, based on Turing TU104 and Turing TU102 graphics processor. The top and the terminal piece are covered in walnut under which is a high-quality POM material acting as a functional top of the block.

EK-HTC Lignum 12mm – Walnut is the hard tube fitting made to perfectly blend with EK Lignum water blocks. It is made for 12mm (Outer Diameter) hard tubing.

Every single piece of wood is carefully chosen, handcrafted and varnished with multiple layers. The open pore matte varnish gives the wood its natural silky touch. It is attached to the acetal tops which seal the block and act as functional tops, while wood acts as aesthetical one, thus there is no contact of wood with liquid in the custom loop.

The EK Lignum Product Line is now available worldwide through a network of partners and resellers, as well as directly through the EK Online Store. 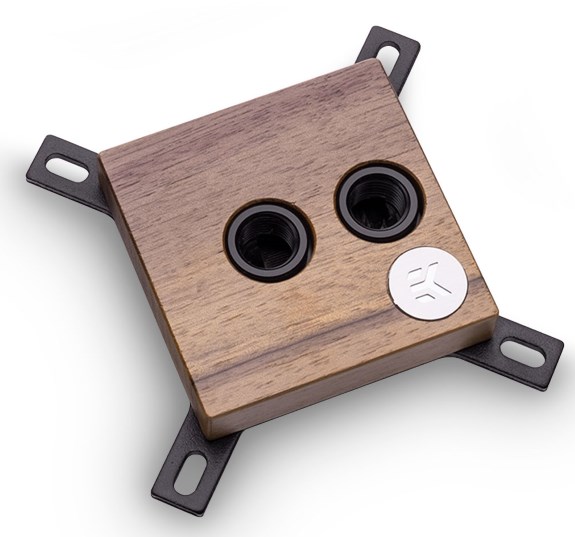 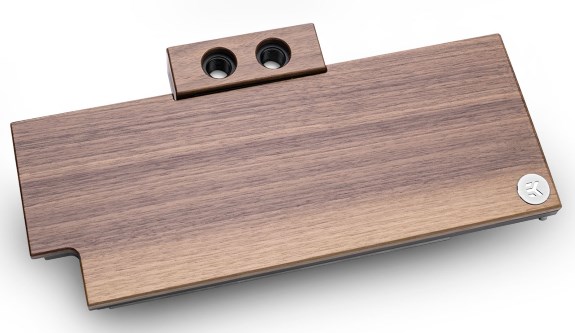