The Intel Core i9-10900X processor made an appearance in the database of the Geekbench benchmark. This Cascade Lake-X processor is expected in October, it features 10 cores and 20 threads.

It's another Skylake-X refresh and will be supported by existing X299 motherboards.

Based on the Geekbench score, VideoCardz notes there is minimal performance gain versus the 9900X. Overall, there's not much to get excited about, but Intel did promise that Cascade Lake-X would have a significantly better performance-per-dollar ration than Skylake-X. 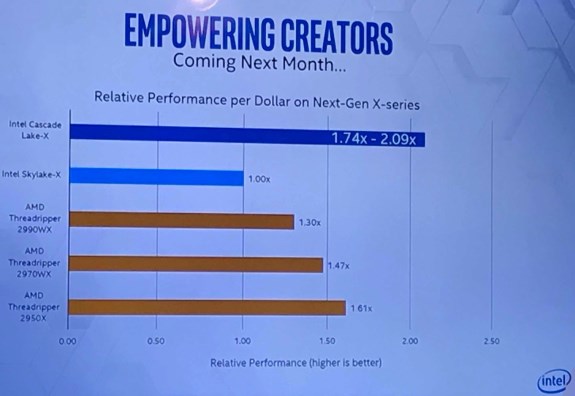