Posted on Sunday, Oct 20 2019 @ 22:05 CEST by Thomas De Maesschalck
VideoCardz got its hands on a teaser photo of the Gigabyte AORUS TRX40 motherboard. This is the first public photo of a TRX40-based motherboard. This is the new chipset that will be required for the third-generation Ryzen Threadripper series and according to recent reports it will not be backwards compatible with the previous generations.

The AORUS TRX40 uses the E-ATX form factor, it has eight DDR4 memory slots with quad-channel support, four PCI Express 4.0 x16 slots. The board has the usual RGB LED lighting and the photo also reveals that the chipset will be actively cooled.

Large fin arrays can be spotted around the CPU socket, this is likely an indicator of very high wattage of the Threadripper 3000 series (rumored to go up to 280W). We recently revealed that AMD is planning to announce the new TR series on November 5th. New motherboards are also expected to be showcased at the same time.

The Ryzen Threadripper 3000 series will be announced next month. Nothing is official yet but there could be a 3990X part with 64 cores in the lineup. 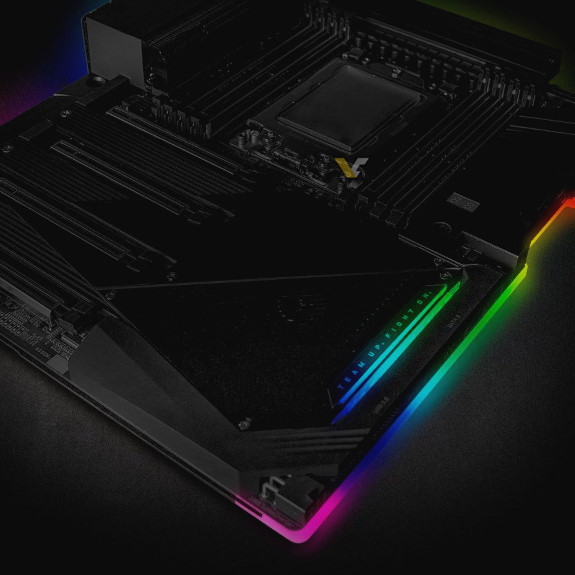