Elon Musk: Starship to fly for just $2 million a launch

Posted on Thursday, Nov 07 2019 @ 13:12 CET by Thomas De Maesschalck
The most ambitious project SpaceX is currently working on is Starship, a massive, reusable spaceship capable of taking about 100 passengers to Mars. Elon Musk said that thanks to its reusability, the launch cost of Starship may be as little as $2 million per mission.

Musk shared that Starship will burn about $900,000 worth of fuel per launch, with the remainder going to operational costs. Full details at Space.com.

The Starship system, which consists of a reusable 100-passenger spaceship stacked atop a huge reusable rocket known as Super Heavy, will use just $900,000 worth of propellant to get off Earth and into orbit, Elon Musk said here today (Nov. 5) at the first U.S. Air Force Space Pitch Day.

"If you consider operational costs, maybe it'll be like $2 million" out of SpaceX's pocket each time, Musk said during a conversation with Lt. Gen. John Thompson, commander of the Space and Missile Systems Center, Air Force Space Command, at Los Angeles Air Force Base.

SpaceX currently charges its customers about $62 million for a Falcon 9 launch. If things go as planned, and Musk is usually way too optimistic, Starship may see its first commercial launches in 2021. 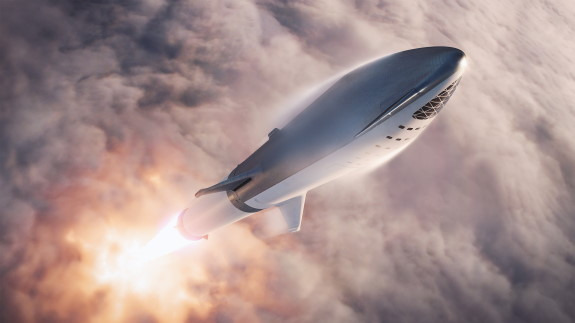