Posted on Monday, Dec 02 2019 @ 13:01 CET by Thomas De Maesschalck
There was a time when Zalman made some of the most popular processor coolers but these days the company has largely disappeared into obscurity. It seems the firm is still around as it has two new processor coolers; the single-stack CNPS17X with one 140mm RGB LED fan and the dual fin-stack CNPS20X with two 140mm RGB LED fans. Both models feature a small number of pure copper fins toward the center of the stack, while the rest of the fins are made out of aluminium.

Both coolers include an RGB LED-embellished variant of the ZM-SF140, a 140 mm fan with split-blade impellers designed to increase air-flow. The fans spin between 800 to 1,500 RPM, pushing up to 63 CFM of air, with noise output ranging between 16.5 dBA to 28 dBA. An X-shaped form along the fan-frame holds clear acrylic diffusers for the RGB LEDs. The heights of both coolers are capped at 16 cm, which should make them kosher for most contemporary mid-towers cases. Among the CPU socket types supported are AM4, LGA115x, and LGA2066. The CNPS17X is rated for thermal loads of up to 200 W, while the CNPS20X is claimed by its makers to be fit for 300 W.

Pricing in Europe will be around 60EUR and 80EUR, repectively, for the CNPS17X and CNPS20X. 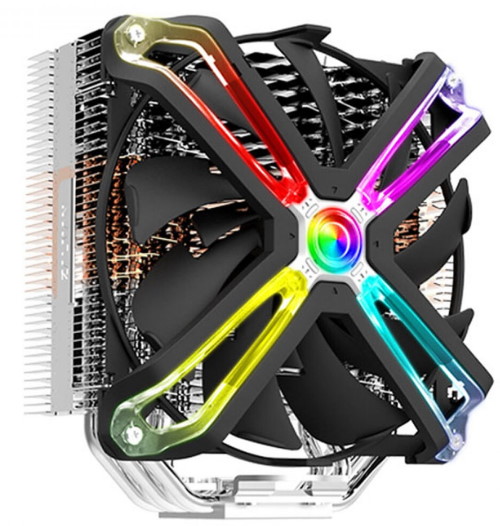 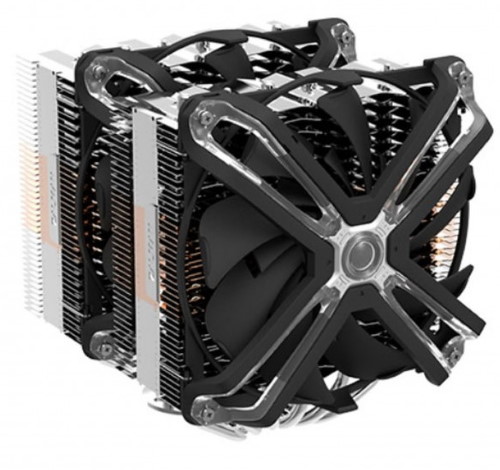