VideoCardz published a big overview of recent leaks about Intel's upcoming Comet Lake-S processors. These 10th Gen Core processors will hit the market next year, they're still 14nm based but you'll get more threads and higher frequencies. The flagship 10900K and 10900 chips will offer a "Velocity Boost" of up to 5.3GHz. This is a new feature that goes beyond the typical Turbo. 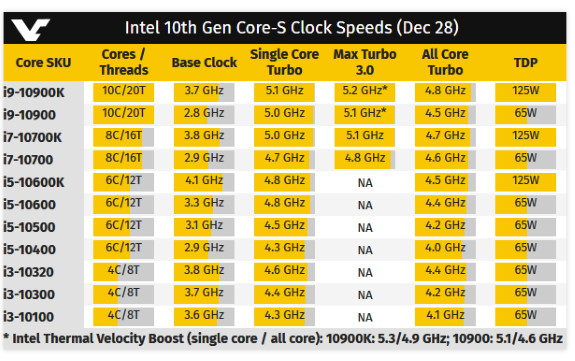