Posted on Tuesday, Jan 14 2020 @ 10:57 CET by Thomas De Maesschalck
Inside a meteorite, scientists discovered one of the oldest known materials on Earth. The tiny mineral grains are believed to be between 5 billion and 7 billion years old, which makes them older than our own solar system, which formed about 4.6 billion years ago. In a new paper, the scientists write they believe the grains were created following a boom in star formation the Milky Way experienced some 7 billion years ago. The find illustrates that more can be learned about star formation in our galaxy by studying meteorites found on Earth.

The researchers found that the ages of the silicon carbide grains they studied ranged from roughly the age of the sun to about 3 billion years older. Most of these grains were on the younger side, though ?— just 4 million to 300 million years older than the sun. Heck and his team think the abundance of these relatively young presolar grains might be further evidence that the Milky Way underwent a burst in star formation some 7 billion years ago. 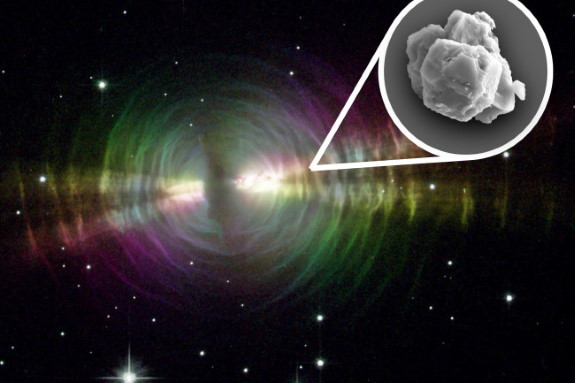