Posted on Wednesday, Feb 12 2020 @ 18:52 CET by Thomas De Maesschalck
Cooler Master has added two new budget MasterBox cases to its lineup, the MB311L and MB320L. The difference between both models is that the former has a mesh front panel, while the MB320L has a "DarkMirror" acrylic front panel.

Cooler Master today announces two mATX ARGB Towers: the MasterBox MB311L ARGB (Mesh Front Panel) and MasterBox MB320L ARGB (Acrylic Front Panel). Following in the principles of the award-winning MB Series, versatility is paired with presentation to ensure that any gaming system built inside the MB300 series looks as good as it performs.

MasterBox MB3LL ARGB: Mesh Front Panel
The MasterBox MB311L ARGB is a Micro-ATX airflow PC case pre-installed with two ARGB fans and made to be built with the latest gaming hardware. The front panel's façade is made entirely of Fine Mesh, placed between two honeycomb vents on either side to maximize airflow.

Tempered Glass and ARGB on-a-Budget
The case includes a tempered glass side panel and two pre-installed 120 mm ARGB fans for $59.99 - ideal for builders on a budget. 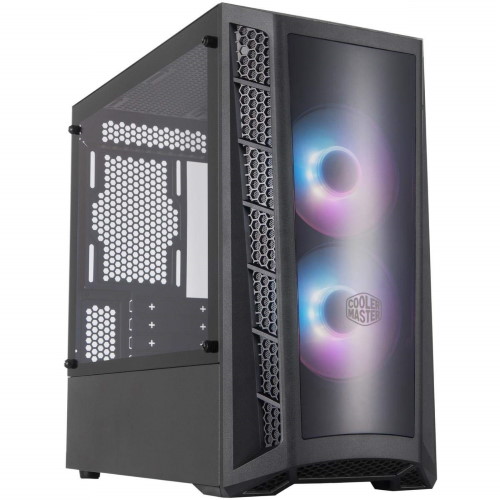 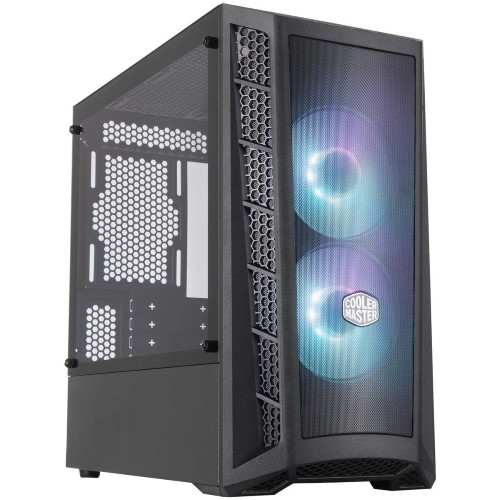