At the firm's 2020 IEEE ISSCC keynote, AMD talked about the benefit of chiplets. Compared with traditional monolithic dies, the company calculated that the manufacturing cost of both high core count server processors as well as regular desktop processors fell significantly by switching to a chiplet-based design.

In the slides below, AMD compares the cost of its current 7 nm + 12 nm MCM approach to a hypothetical monolithic die it would have had to build on 7 nm (including the I/O components). The slides suggest that the cost of a single-chiplet "Matisse" MCM (eg: Ryzen 7 3700X) is about 40% less than that of the double-chiplet "Matisse" (eg: Ryzen 9 3950X). Had AMD opted to build a monolithic 7 nm die that had 8 cores and all the I/O components of the I/O die, such a die would cost roughly 50% more than the current 1x CCD + IOD solution. On the other hand, a monolithic 7 nm die with 16 cores and I/O components would cost 125% more.

TechPowerUp notes this gives AMD a lot of headroom for price cuts. 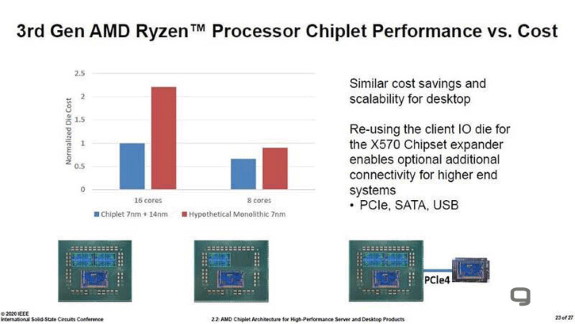 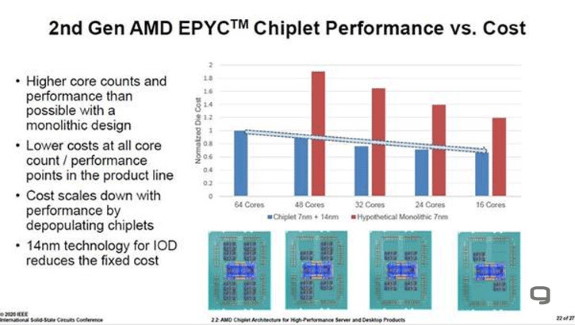