SambaNova is working on chips with a reconfigurable data-flow architecture

Posted on Tuesday, March 03 2020 @ 16:20 CET by Thomas De Maesschalck
A new startup named SambaNova has raised $450 million in venture capital to develop a new sort of computing that uses chips with a reconfigurable data-flow architecture. Rather than running software on a fixed set of logic gates permanently etched into the processor, the idea here is to re-arrange the chip circuits, perhaps every clock cycle, to variably manipulate arge amount of data that flows through the chip. It's a huge paradigm shift versus how computing is done today, but if it can be achieved it promises to result in significantly higher performance.

After securing the latest funding (bringing total VC funding to US$450m) Rodrigo Liang, chief executive of SambaNova Systems, took part in an interview with ZDNet. "We are at the cusp of a fairly large shift in the computer industry," asserted Liang. "It's been driven by AI, but at a macro level, over the next twenty to thirty years, the change is going to be bigger than AI and machine learning." For some background, Rodrigo Liang was previously responsible for SPARC processor and ASIC development at Oracle. 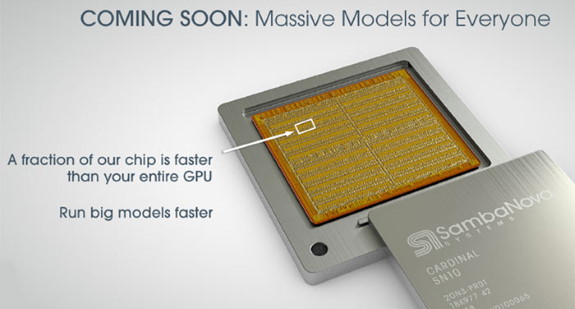