The Verge reports Microsoft is testing a new layout for the Windows 10 Start Menu. In a Windows Insider podcast, the software giant showcased a new Start Menu that look more uniform, more in the style of earlier versions of Windows. The newer Start Menu de-emphasizes the Live Tiles and should make it easier to scan for apps.

The software maker has been using Live Tiles on the Start menu in Windows 10 ever since it launched nearly five years ago, providing animated and flipping icons that were similar to Windows Phone. Microsoft has already dropped Live Tiles from its Windows 10X Start menu for dual screens, but the company claims the colorful tiled interface isn’t going away in the main desktop OS despite this new design direction.

“Live Tiles are not going away, we have not announced anything of the sort,” says Brandon LeBlanc, a senior program manager on the Windows Insider team. “Those that enjoy their Live Tiles will continue to be able to do so.” 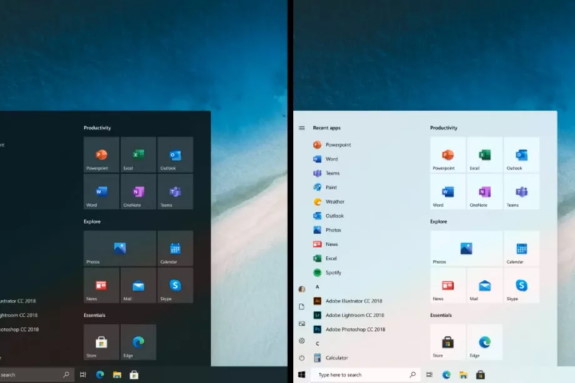