El Chapuzas Informatico reports Intel plans to announce its Comet Lake-S processors on April 30. The site, which has posted various highly accurate leaks in the past, claims April 30 is the announcement date and the actual product availability will follow later.

Review of Comet Lake-S will reportedly hit the web in May. These new processors will use the LGA1200 socket and will require a 400-series motherboard. The flagship model is rumored to feature 10 cores and a Boost of up to 5.3GHz 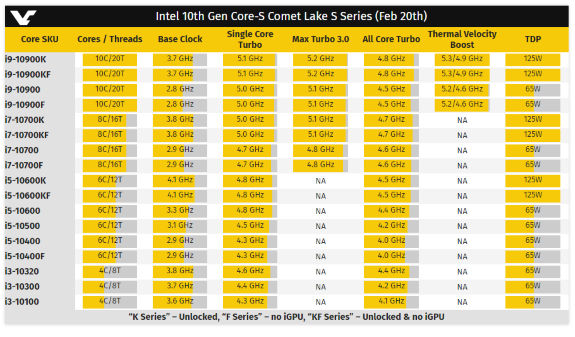