No, this is not a joke. NVIDIA has given a green light to AIBs to launch GDDR6 and Turing based GeForce GTX 1650 graphics cards. The new model is not called the GTX 1650 Ti, although NVIDIA already has one for the mobile market. Instead, the new model with GDDR6 memory will carry the same name (literally) as its GDDR5-based brother. In fact, the only way to distinguish the cards is to look at the packaging for GDDR6 memory information... 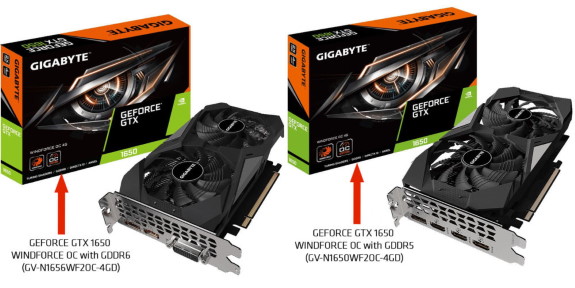