Posted on Monday, Jun 08 2020 @ 10:36 CEST by Thomas De Maesschalck
Jon Peddie Research published its report about the state graphics business in Q1 2020. This report covers the integrated plus discrete video card market. It reveals AMD and NVIDIA saw their unit shipments decline sequentially, while Intel saw a gain due to strong demand for its processors. The agency notes that the first quarter of the year is usually flat versus the previous quarter, but this quarter unit shipments were down significantly due to the COVID-19 pandemic. 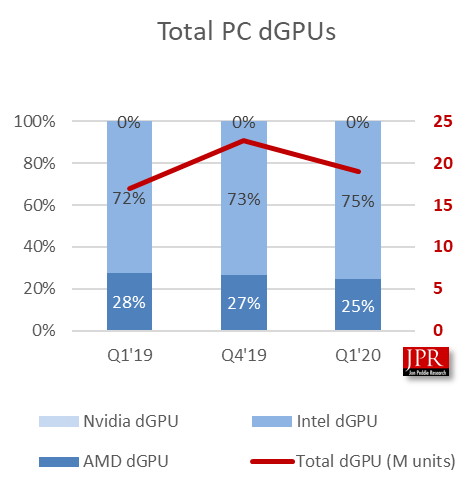