Last month, there were some rumors about a possible delay of AMD's Ryzen 4000 series desktop processors due to a switch to TSMC N5P process technology. The rumor was that this node was ready earlier than expected, and that AMD had decided it was worth it to make the switch.

According to AMD's slides (PDF), RDNA 2 will deliver a 50 percent uplift in performance/Watt. AMD's own metrics claim a similar difference between GCN and RDNA. 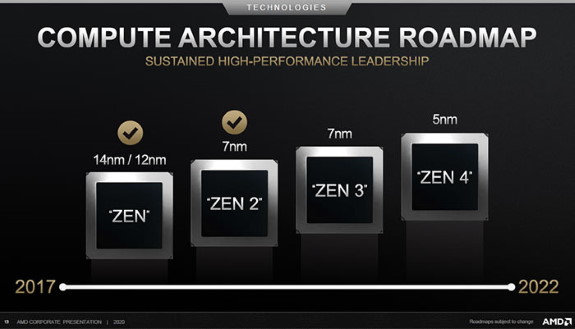