Posted on Friday, Jun 12 2020 @ 16:21 CEST by Thomas De Maesschalck
Within two months, Samsung is expected to reveal its 980 Pro SSD. This disk was first shown at CES 2020 at the start of the year, which was of course a much simpler time. It's the first PCI Express 4.0 SSD from Samsung and it's expected to deliver up to 6.5GB/s reads and 5GB/s writes.

That's significantly more than the competition, and also vastly higher than the Samsung 970 Pro PCIe 3.0 SSD: 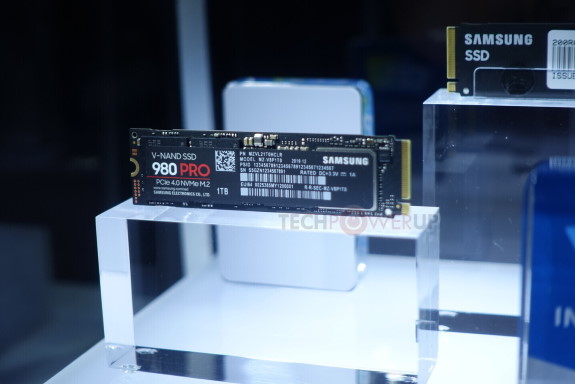