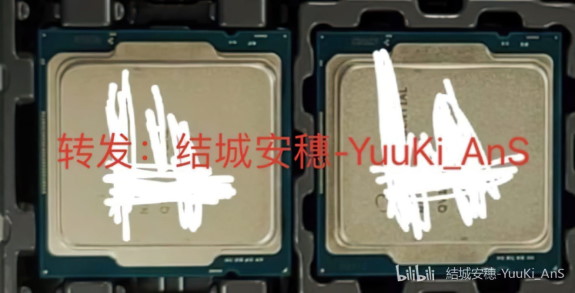 Next up is a leaked photo of what is claimed to be Alder Lake-S. This chip is fabbed on 10nm SuperFin and is expected in the second half of 2021. Alder Lake-S is a hybrid design, it combines Golden Cove cores with Gracemont cores in an ARM big.LITTLE-like configuration. Expect a maximum of eight Golden Cove cores and maximum eight Gracemont cores. Only the big cores support hyperthreading so we'll see models with up to 16 cores and 24 threads.

Alder Lake-S will use the new LGA1700 socket, presumably in combination with a 600-series chipset. It will offer more advanced Gen12.2 Xe-based integrated graphics than Rocket Lake-S, PCI Express 5.0 support, and DDR5 support.

With no official commitment to launch 600-series motherboards yet, it is quite clear that the CPU will require new motherboards, as it features a new socket type called LGA1700. The package is slightly bigger at 45.0 x 37.5 mm, compared to LGA1200 CPUs (37.5×37.5 mm). 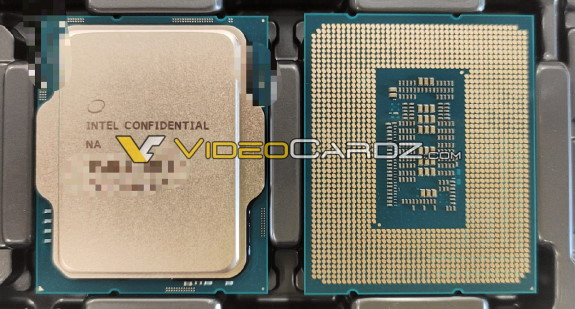