During AMD's Radeon RX 6000 presentation, one of the things that caught a lot of people's attention was the new Rage Mode. Especially as AMD turned it on for its performance comparisons with NVIDIA cards. But what exactly is the new Rage Mode? The company described it as sort of a one-click overclocking mode but now there's more information.

It seems as if the board partners have a free hand when determining the fan parameters, since they know their coolers and their performance (including possible reserves) best, but the power limit of +6% as a premium was probably given as a guideline or can be found in other BIOSes purely by chance. But in the end, these modes do nothing else that you could not have done since the release of MorePowerTool MPT.

This information was discovered via analysis of a new BIOS from an AMD board partner. Interestingly, Igor notes that the Radeon RX 6800 series also has a Turbo Mode, which is even more aggressive than Rage Mode. While the Balanced, Quiet and Rage Mode settings have a temperature target of up to 80°C, the Turbo Mode uses a much more aggressive 95° limit. 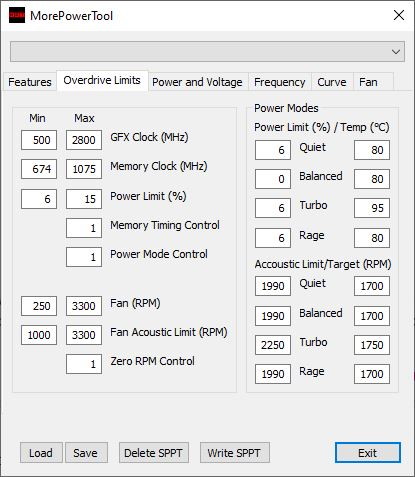