Posted on Monday, Nov 09 2020 @ 10:58 CET by Thomas De Maesschalck
Word has been spreading on social media that MSI's factory in Kunshan, China caught fire this weekend. A video that got posted online shows the fire sent a huge pile of smoke into the air. The incident immediately sparked speculation about an impact on supply of video cards and motherboards as this is MSI's main production plant. The site houses two factories and an R&D facility.

Fortunately, the damage may be smaller than initially expected. eTeknix reports MSI claims the fire was a relatively small affair that didn't impact production. The site is doubtful about this claim though:

MSI has claimed that the fire was a relatively small affair and production (believed to be motherboards and graphics cards) was not affected. We’re not entirely certain we buy into this, however, as presumably they had to shut it down with the fire alarm and production line shutdowns, no matter how brief, can cause huge problems when it comes to turning them back on (as you have hundreds of products midway through being put together that, generally speaking, have to be scrapped). 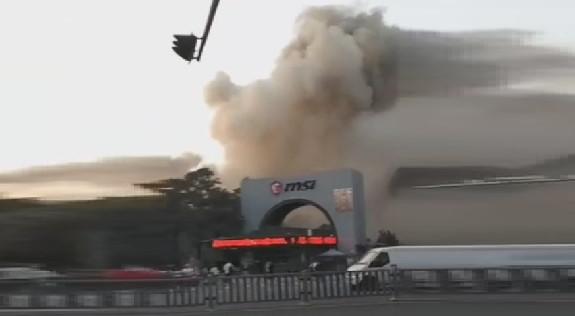