VideoCardz got its hands on a couple of photos of the NVIDIA GeForce RTX 3060 Ti reference card. This model has a dual-fan cooling solution and has a backplate. The RTX 3060 Ti is expected to have a GA104-200 GPU with 4864 CUDA cores, 256-bit memory bus, and 8GB GDDR6 memory clocked at 14Gbps.

You can expect it on December 2nd. The MSRP is reportedly $399 but whether the card will be available in sufficient volume is questionable. NVIDIA indicated last week that supply of its RTX 30 series won't get a lot better until next year. 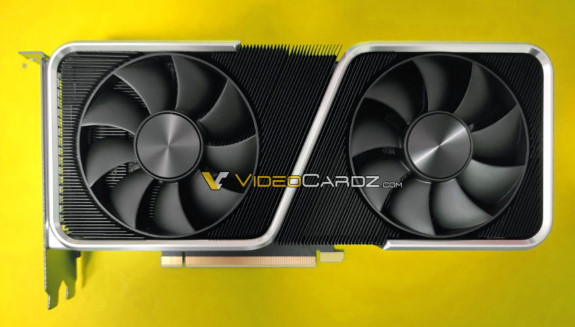